skip to main | skip to sidebar

How to help homeless people.

A topic which weighs heavily on my heart is how to help homeless people whom we encounter on a daily basis. Some of them we see every day and we are looking for an idea on a small way in which we can be of some help.

A search through Google this morning yielded a helpful list and I though it bore sharing to the Blogger community.

10 Things to Do for the Poor and Homeless
10 Things Not To Do for the Poor and Homeless
These are not exhaustive lists. Of course, some of these things may not apply where you live. If you have one homeless guy in your small town who sleeps on the city square, you would probably notice if several other people sat with him on Christmas day, pretending to be homeless so they can receive new blankets and sleeping bags. 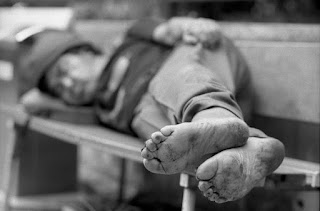 Trust the above helps you to help others in a small but meaningful way.

Posted by Momcat at 12:06 AM No comments: Links to this post


Posted by Momcat at 4:17 AM No comments: Links to this post

TRUTH IS STRANGER THAN FICTION

Living life and all our experiences is often more amazing and unbelievable
than a work of fiction could ever be.

Momcat
All about redefining myself now that my children have become independent. Even my teenager has left home! At least my kitties are still with me.

I AM NOT THERE

From Cat at Juggling Act of Life

Honourable mention from David McMahon of authorblogs as a Top Contender for Post of the Day on 23rd March for the post "What Makes A Parent?"